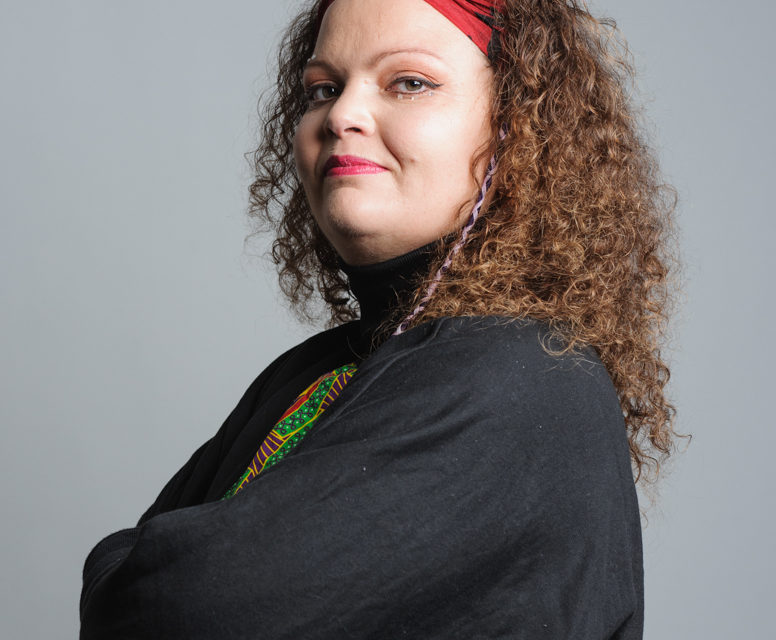 Julie Gaye is the manager of French-chilean band Ajimsa, of Mapuche Chilean jazz guitarrist Fernando Raín, and the programmer and producer of Trabún Festival.

Ajimsa is a worldmusic fusion French-Chilean band that was born in 2015 out of French singer Julie Gaye and Chilean guitarrist Cristian Torres.

The artistic proposal of Ajimsa defines itself as borderless music, being reflected on the exploration of a diversity of instruments and the variety of languages contained in their songs.. Musically and aesthetically, Ajimsa combines traditional aspects of different places in the world with rock.

The name of the band comes from sanscrit “Ahimsa”, which means respect for life in all its forms.

Their songs bring important messages of union, strength, resistence and resilience, calling for the respect of fundamental human rights and planet Earth. With their first album, “Cosmovisión” (2016) they thave toured in different regions of Chile and have been part of importnnt events such as Rockeando Sin Fronteras Festival (2018), Internacional Festival Santiago Off (2019) and of “Rock Chilean Day» (2019). They have played in Santiago de Chile and in many other cities, such as Valparaiso, Concepción, Pucón, Panguipulli, San José de la Mariquina, Talca, Chillán, Pichidegua…

In September 2019 they released a new EP called «Somos I» and are preparing another EP for 2020 «Somos II».

Fernando Raín is a young prodigy Mapuche Chilean jazz guitarrist. His compositions are fresh and mix modern jazz with elements of worldmusic, such as Mapuche traditional music.

Trabun is a multicultural and pluridisciplinary festival, that mixes on the same stage different types of art, such as poetry, dance and music, together with gastronomy.